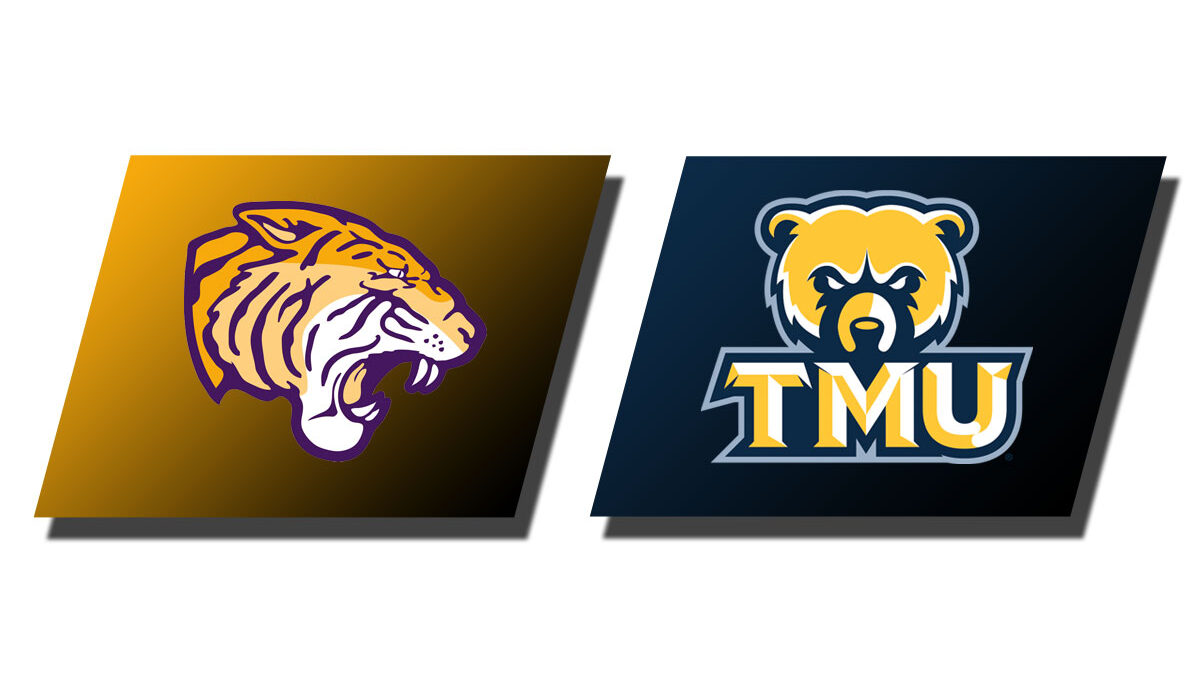 CLEVELAND, Ga. – The Truett McConnell University baseball team won their third consecutive game with a sweep over Olivet Nazarene University on Friday evening at the TMU Baseball Complex (5-3, 10-8) after splitting with the Tigers earlier in the week. The Bears improved to 5-1, 0-0 AAC on the season, while ONU fell to 1-3, 0-0 CCAC.

The visiting Tigers got up on the scoreboard first on a single to left-center (1-0) but the Bears responded quickly with a run of their own in the bottom of the first when senior Josh Johnston ran home on a wild pitch (1-1). Following two scoreless innings, freshman Mikal Mascarello drove in Devyn Munroe on a groundout (2-1), which put TMU ahead for good. Mason Gaines extended the lead for the Bears in the fourth with a single through the hole at shortstop, which scored freshman centerfielder Cason King (3-1).

Olivet’s Nathan Moonen went on to hit a homer over the left field fence at the top of the fifth (3-2), but Johnston responded with a leadoff homerun of his own over the center field fence on 2-1 count (4-2). After the Tigers left two on base in the top of the sixth, the Bears scored once more on Johnston’s double to deep left-center (5-2). Olivet homered once again in the top of the seventh (5-3), but the Bears did not allow any on base as they clinched their first win of the day by two runs.

Johnston had a stellar game going 3-for-4 at the plate, including a homerun and double, with two RBIs and two runs. Andrew Johnston went 1-for-2, while King and Mascarello both went 1-for-3. King added one run and Mascarello had an RBI. Gaines also had an RBI and Munroe added one run and one hit. Senior Craig Barton made the start for the Bears on the mound and earned his first win of the year throwing six innings of five hits, two runs, two walks and six strikeouts. Fellow senior Cason Brown was credited the save after allowing one hit, one run and recording one strikeout.

Although the Tigers immediately homered to start the game (0-1), it was only up from there for the Bears. Three back-to-back singles, two through the hole at shortstop and one through hole at second, led to the tying run (1-1). J. Johnston went on to score the go-ahead run on Gaines’ single to the pitcher’s mound (2-1), King touched home on a walk to score run three (3-1) and A. Johnston ran home on Mascarello’s single to shallow right for run four (4-1). Gaines scored on a fielder’s choice (5-1) and Ethan Roberts rounded out the Bears’ dominating inning with a stolen base run (6-1).

The Tigers put up another run in the second (6-2), but the Bears scored three more of their own in the bottom half (9-2). Nonetheless, the Tigers would fight back the rest of the way. Olivet combined for a total of three runs in the third and fourth innings (9-5) before TMU scored their last run in the fifth on Griffith’s sacrifice bunt squeeze (10-5). It all came down to the sixth inning when the Tigers inched in from behind by two with three more runs (10-8). Griffith, however, made a clutch defensive play at second base for the third out to get the Bears out of a bases loaded jam. Brooks Rosser, who was credited the save, entered the game for the Bears to ultimately fasten the sweep in the seventh.

Six pitched for the Bears; Jonathan Joiner made the start, Jacob Adams got the win and Rosser earned the save.