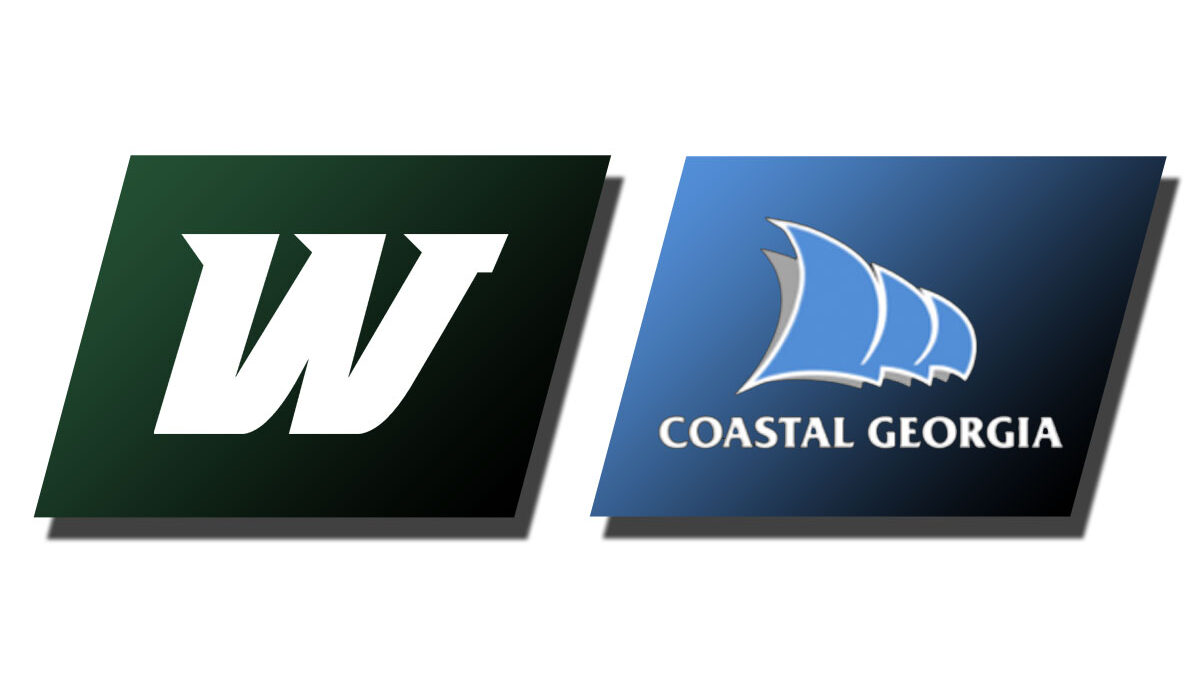 BRUNSWICK – The College of Coastal Georgia Mariners (6-8, 1-6) earned their first Sun Conference victory of the season after upsetting the No. 2 seed in the Warner University Royals (10-7, 4-3). The Mariner’s victory was 89-76.

Both teams started off hot, each putting up 16 points in the first seven minutes of the game. The hot and fast start led to an interesting first half with a tight score. The teams continued to trade baskets and the game rarely fluctuated out of a one-possession lead for either team.

Coastal Georgia began to pull ahead in the final minutes of the first half. They extended their lead to 10, the highest of the game for both teams 44-34 at the 1:25 mark. Coastal Georgia then made the lead 13 points with a final second dunk. The Mariners went into the half with a 49-36 lead.

The leading scorer at the half was Elijah Goodman who totaled 15 points. Rodney Wiley Jr. was right behind him with 12 points. No one on Warner’s roster was even close. The next man up was Joc Dickerson from the Royals with nine points.

Warner chipped away at the lead slowly, closing the gap to six points as four minutes expired in the second half. Then, the game flipped back in favor of the Mariners. Coastal Georgia dominated, and as the first 10 minutes of the second half passed, Coastal extended their lead to 15 points, their highest in the game so far.

Coastal Georgia finished the game leading 89-76, earning their first Sun Conference victory. The Mariners shot 13-33 from the field, 3-10 from the three-point arc, and 11-14 from the foul line. Coastal Georgia and Warner each totaled 40 points in the second half. The 13-point lead in the first half is what secured the victory.

Jordon Parks was the leading scorer for the Mariners with 20 points. He shot 75% from the field, 100% from the three-point arc, and 92.9% from the foul line. 20 points for Parks tied his season-high. Parks was also the leading rebounder in the game with eight boards.

Elijah Goodman was right behind him with the 19 points.

Also in double-digits was Rodney Wiley Jr. with 15 and Kenny Brown scored 10 points in the game. Wiley Jr. led the team with six assists.

The Mariners will face the Thomas University Nighthawks next Saturday in the Howard Coffin Gym on the Coach Gerald Cox Court. The tipoff is slated for 4:00 p.m.