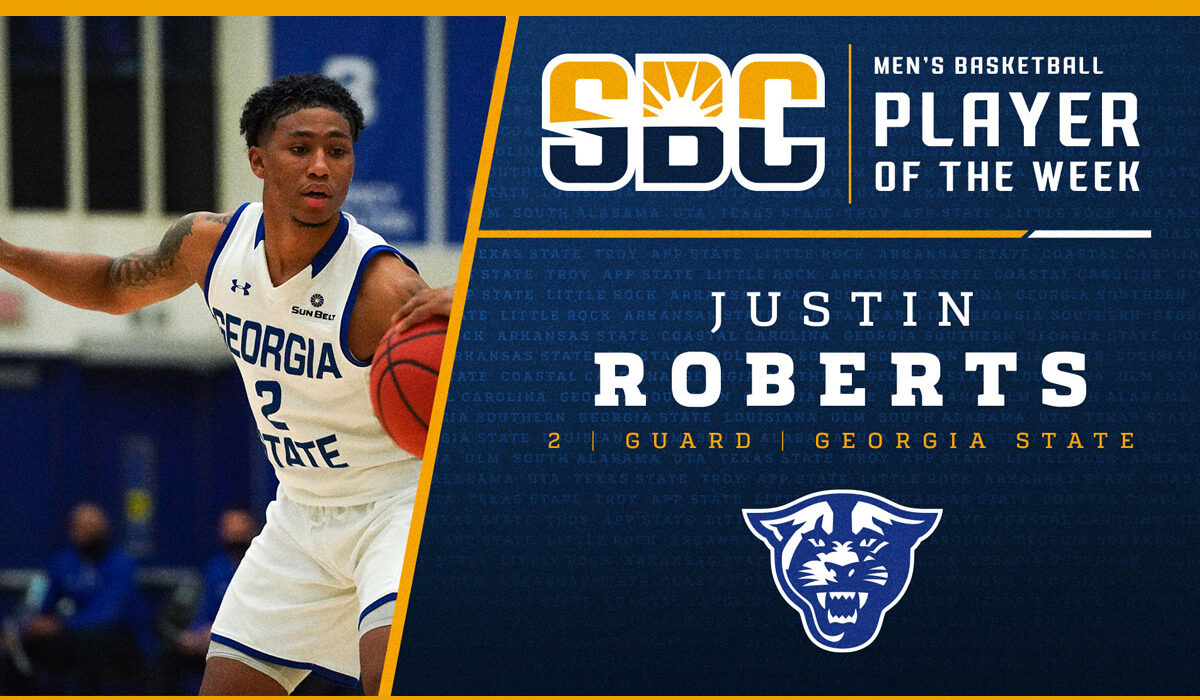 NEW ORLEANS – The Sun Belt Conference announced its men’s basketball player of the week on Tuesday.

Justin Roberts led the Georgia State men’s basketball team to the program’s first-ever win over an ACC program to open the regular season last Wednesday night. Roberts scored a career-high 26 points while tying a career-high with nine rebounds in Georgia State’s 123-120 four overtime win over in-town foe Georgia Tech. The junior played 44 minutes while knocking down five 3-pointers and dishing out six assists as the Panthers snapped a 14-game losing streak to the Yellow Jackets. It marked the longest game and most points scored in program history.

On Friday, Roberts finished with 23 points on 9-of-10 shooting while going 5-of-6 from 3-point range as the Panthers topped Toccoa Falls 105-60. Playing just 22 minutes, Roberts dished out six assists and had three steals while also pulling down four rebounds. For the week he averaged 24.5 points, 6.5 rebounds, 6.0 assists, while shooting 53.1 percent from the floor, 58.8 percent from 3-point range and going 5-of-6 from the free throw line. The Panthers started 2-0 for the first time since the 2017-18 season.

Roberts was also named the Lou Henson National Player of the Week by CollegeInsider this week. In November, he was named to the Sun Belt Preseason All-Conference Second Team while Georgia State was voted to lead the East Division in the Preseason Coaches Poll.

This season, the 12 SBC schools will be split into a West Division and an East Division and will play divisional opponents during the regular season to minimize travel amid the COVID-19 pandemic. The first conference games are set for New Year’s Day 2021. All 12 schools will compete in the Sun Belt Conference Championship which will be held March 5-8, 2021 in Pensacola, Fla.