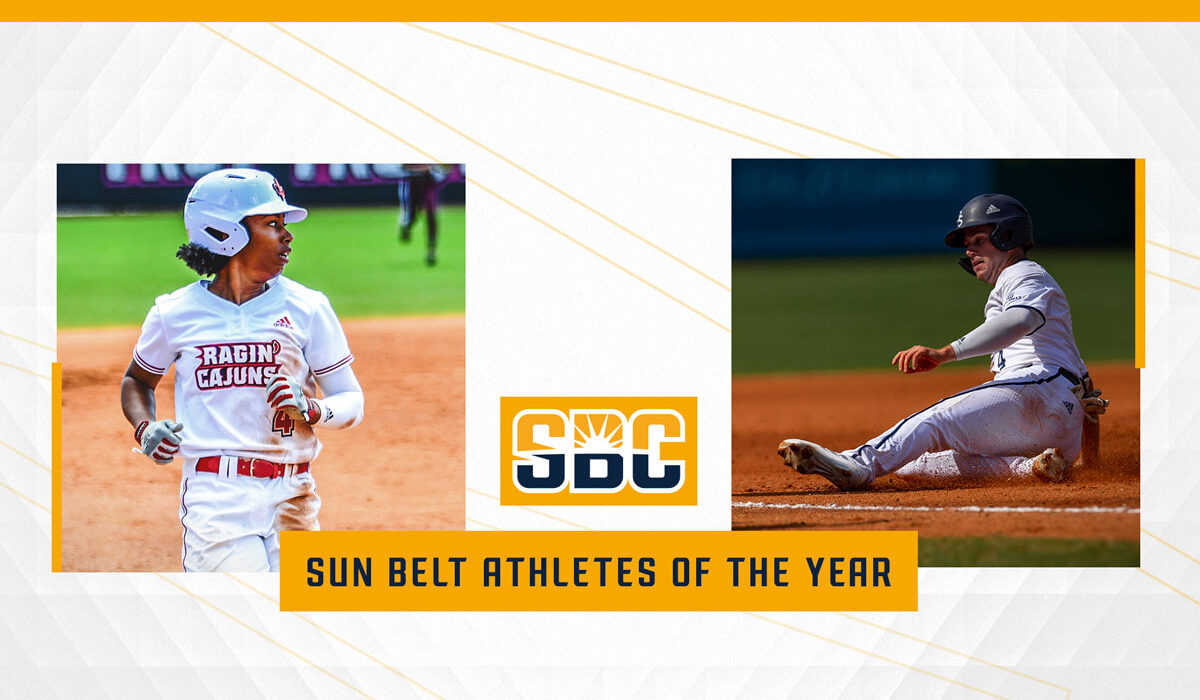 The Sun Belt Athlete of the Year award, which annually recognizes one female and one male student-athlete, is the highest individual honor bestowed by the Conference, based on athletic performance, academic success, outstanding leadership and character.

“The Sun Belt Conference is delighted to recognize Ciara and Mason for their amazing academic and athletic achievements. They epitomize what it means to excel,” said Sun Belt Conference Commissioner Keith Gill. “It’s such a pleasure to shine a spotlight on these two individuals as our Athletes of the Year.”

Bryan is the fourth Ragin’ Cajun female student-athlete to receive this honor, and she is the first softball honoree since fellow softball outfielder Aleah Creighton received the distinction in 2017.

Following her transfer to Louisiana after four seasons at Georgia from 2017-20, Bryan powered the Ragin’ Cajuns to the 2021 Sun Belt Conference title during her lone season in Lafayette. No. 1-seeded Louisiana conceded just nine runs during the Sun Belt Conference Championship en route to the title, before posting a 3-2 mark at the NCAA Baton Rouge Regional.

This super senior led the Sun Belt Conference in numerous categories, including batting average (.418), hits (87), runs scored (63), triples (4), total bases (126) and stolen bases (37). Her 87 hits ranked No. 3 nationally. Born in Covington, Georgia, she also brought home the Sun Belt’s Player and Newcomer of the Year awards, and was named an All-American by Softball America and a First Team NFCA All-Central Region selection.

McWhorter is the second Eagles student-athlete to earn this honor, following Georgia Southern golfer Steven Fisk in 2019. He is the first baseball player to earn the award since South Alabama’s Kevin Hill in 2016.

McWhorter was named the 2021 Sun Belt Player of the Year, along with collecting multiple All-America nods.