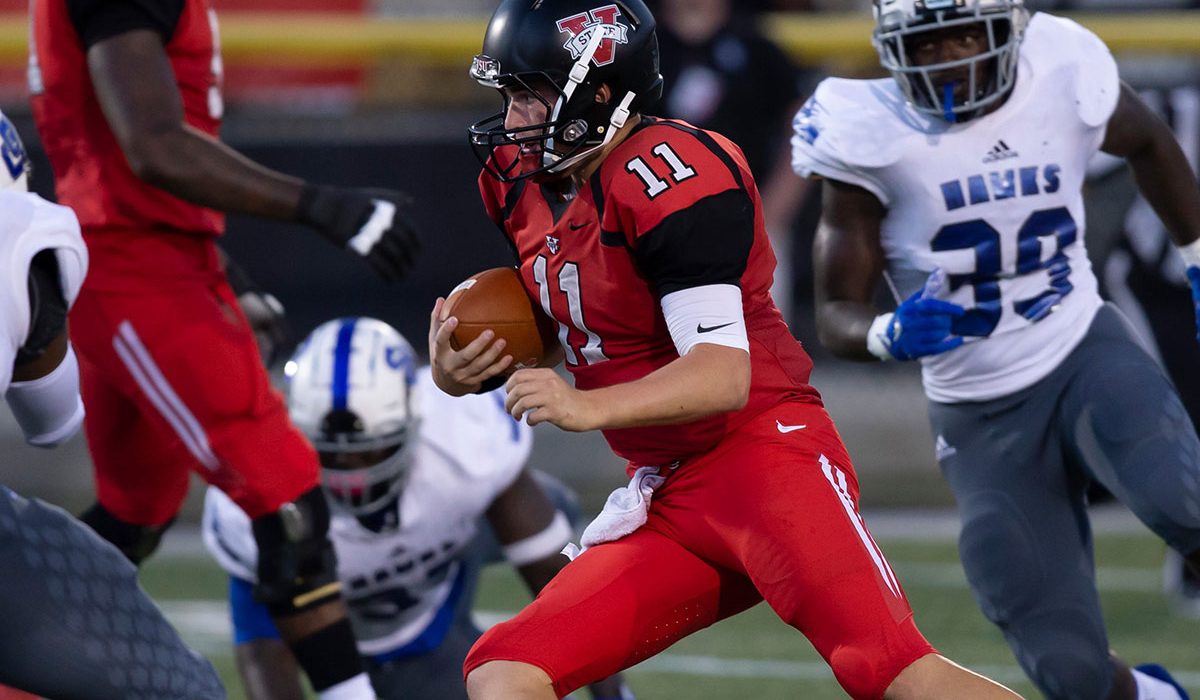 The football season will look a little different in 2020, but there will be plenty of great talent on the field. Here are some of the players to watch who will be competing at small colleges in Georgia.

Einaj Carter, Savannah State, AP, So.
The first of a number of sophomores on the list, Carter was named the Freshman of the Year in the SIAC in 2019. He rushed for 131 yards on 32 carries, had six receptions and two TDs and averaged 17.9 yards per kickoff return.

Randy Fillingame, LaGrange, LB, So.
Fillingame was the Defensive Rookie of the Year in the USA South. His 7.9 tackles per game was fifth in the league and he had 5.0 tackles-for-loss and a sack. Fillingame also had a pair of interceptions and a pair of fumble recoveries.

Gavin Gray, Berry, QB, So.
Gray also made noise in his first season and was recognized as the Newcomer of the Year in the SAA. He could be on his way to rewriting the Viking record books. Gray passed for 15 touchdowns in 2019 and threw just six picks.

Demetrius Harris, Fort Valley State, DL, Sr.
Harris put together an All-American season and led D-II in sacks per game (1.35) and recorded 19.5 tackles-for-loss, backing up opponents 106 yards. He also had six QB hurries and forced six fumbles, recovering two of them and one of those was for a touchdown. Harris was the Defensive Player of the Year in the Super Region.

Terrance Harris, Clark Atlanta, DB, Sr.
Last season, Harris racked up 92 tackles as a DB and LB. He was first-team All-SIAC and recorded 15 tackles in back-to-back games, recovered four fumbles and forced one.

Quan Harrison, West Georgia, WR, Sr.
Harrison led the Wolves in receiving yards and was sixth in the GSC in that category. The senior could be the primary target this season in Carrollton and is also a threat in the return game.

Isaiah McFarland, Point, DB, Sr.
McFarland has to be accounted for when he is patrolling in the secondary. The defensive back has now 10 interceptions in his career. He picked off three in 2019 and recovered a fumble, as well, while recording 40 tackles.

Otis Odom, Reinhardt, RB, Sr.
Odom is a portrait of versatility. In 2019, he made sure his team had good field position to start a possession, averaging an NAIA-best 33.0 yards per return and scored twice on KOR duty, also an NAIA-best. On offense, Odom rushed for 210 yards on 17 carries – 12.4 yards per carry – and two touchdowns, and caught four passes.

Tyler Scott, Albany State, S, Sr.
Scott is an All-Region performer who was second on his team in tackles in 2019 with 60 and had 4.5 tackles-for-loss coming out of the secondary. Last season, he also broke up two passes and intercepted two more.

Andrew Warren, Shorter, WR, Jr.
The losing streak is now in the past and the Hawks can look ahead. Warren can help with that as he returns as the leading receiver from last season with 32 catches. He even had one pass attempt, which was completed for a touchdown against the No. 1 team in the country.

Rogan Wells, Valdosta State, QB, Sr.
The Offensive Player of the Year in the Super Region is also on this list as one to watch. You definitely need to keep your eyes on this All-American in his final season. Wells has a national chmpionship under his belt – one in which he was the MVP of the title game in 2018 – and has passed for more than 7,100 yards in his college career, thrown 69 touchdowns and run in 25 more. He could be playing on Sundays in 2021.

* Morehouse College will not participate in intercollegiate athletics in Fall 2020.