Forbes has two career-highs in Mariners’ win over Night Hawks 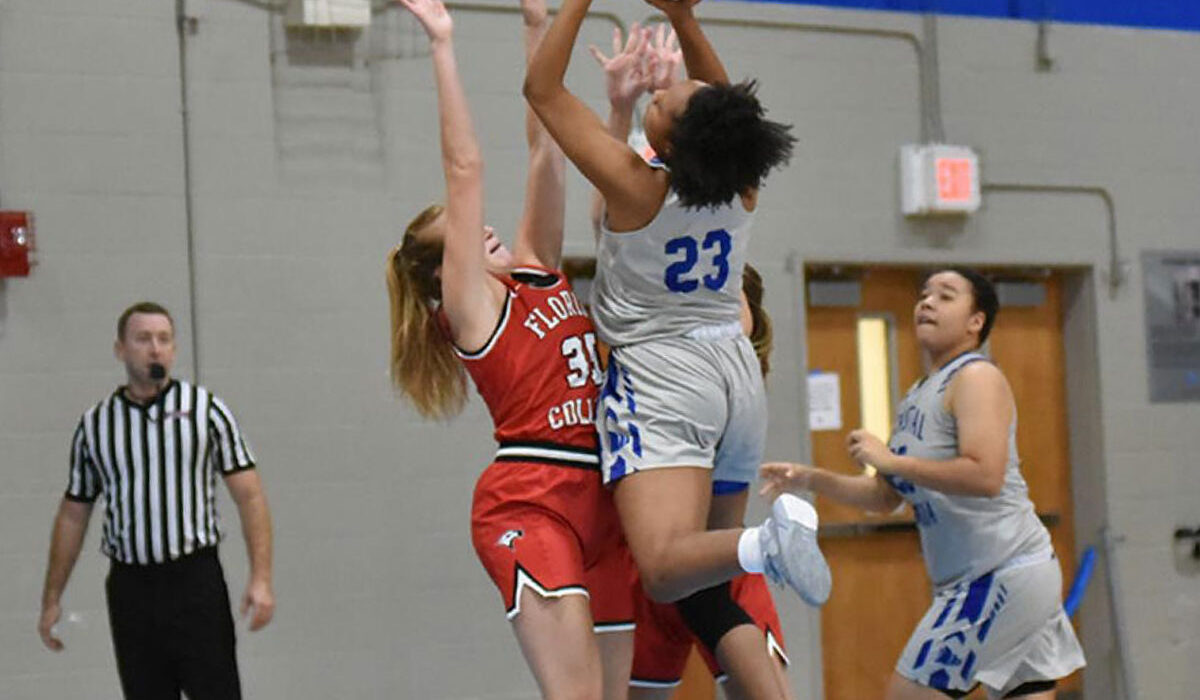 CCG Athletics
Val Every, Director of Marketing and Communication

THOMASVILLE, Ga. – The College of Coastal Georgia Mariners (4-2, 2-1) defeated the Thomas University Nighthawks 68-59 to earn their fourth win of the season.
Alexis Forbes was the leading scorer for the Mariners in the win. She scored 15 points, a career-high. In addition, she recorded three blocks earning two career-highs in one game.
The Mariners outscored the Night Hawks three of the four quarters. Coastal Georgia limited the Hawks to single digits in the first quarter, scoring 15 points to their seven.
In the second quarter, Thomas totaled 19 points, and Coastal Georgia only out up 11. Going into the half the game was tied 26-26. At the half, Gisladottir led the Mariner offense with six points. She shot 2-5 from the field and both were three-pointers. Jordan brought down all of her eight rebounds in the first half.
Coastal Georgia and Thomas both traded off leading the game in the third quarter. Thomas never led by more than two but Coastal Georgia extended their lead to seven midway through the quarter. Headed into the fourth the Mariners had a 46-44 lead.
In the fourth, the Nighthawks tied the game again, but Coastal Georgia flexed their offense and secured the final lead with 6:37 remaining in the game. They extended their lead to 10 points in the final minutes of play and won the game 68-59.
Ca’Vashia Johnson scored 12 points and Solrun Gisladottir totaled 11.
Joyce Jordan was the leading rebounder in the game. She pulled in eight boards and also totaled a career-high six assists and two steals both of which were team-highs.
As a team, the Mariners earned 16 points off turnovers, five second-chance points, and 21 bench points. They totaled 44 rebounds, nine more than the Nighthawks, and only fouled nine times compared to Thomas’ 16. Additionally, the Mariners totaled 16 assists, five blocks, and six steals.
The Mariners take on the Keiser University Seahawks in the Howard Coffin Gym on Dec. 3. The tipoff is slated for 5:30 p.m.