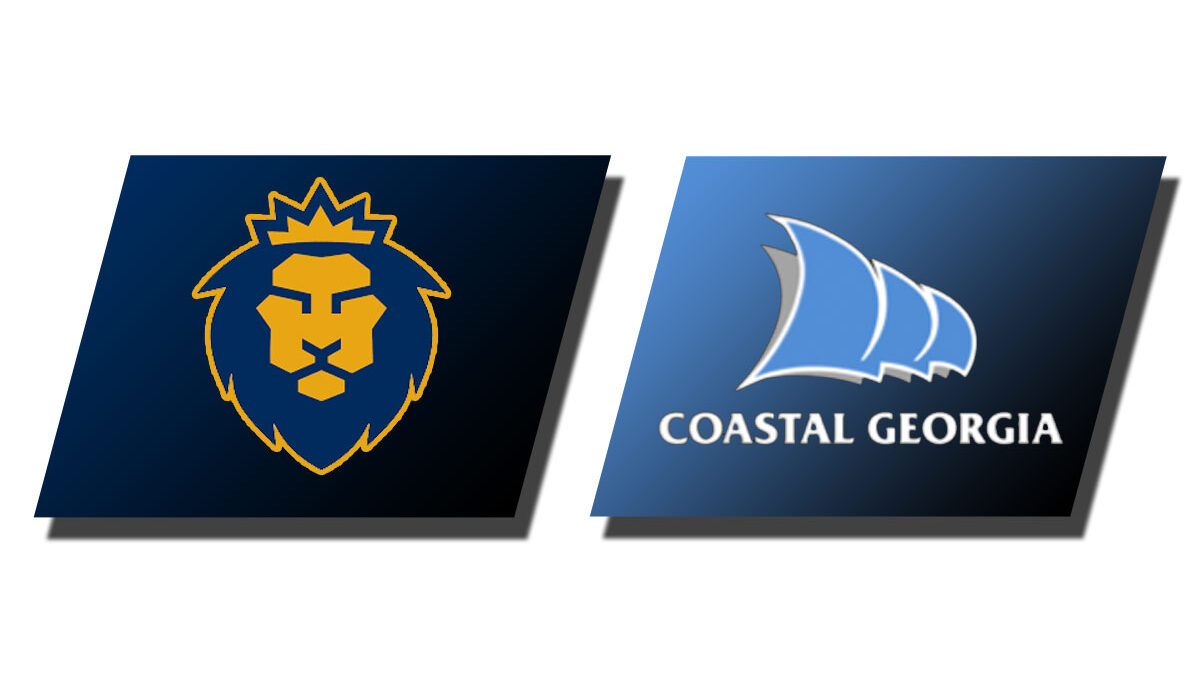 CCG Athletics
Val Every, Director of Marketing and Communications

BRUNSWICK – The College of Coastal Georgia Mariners fell to the Warner University Royals in the Sun Conference Quarterfinal match. The Mariners were ranked third in the conference coming in and the Royals were sixth. Coastal Georgia lost the first set 28-26, won the second 25-20, and then lost the third and fourth 25-16 and 25-21.

The Mariners and the Royals traded blows throughout the first set. At 12-12, the Mariners had recorded 10 digs and five kills while Warner totaled nine digs and four kills. Larregui Lopez dumped the ball to the deep right corner to tie the game up 15-15 after the Mariners had gone down by a three-point deficit.

Warner put up back to back points off of a kill and a Ball Handling error from Coastal Georgia. Coach Israel Delgado used his second timeout to refocus the Mariners. An ace from Goudsblom tied it back up 22-22 forcing a Royal timeout. The set again was tied at 23-23 and again 24-24 off of a kill from Larregui Lopez down the line hard. Coastal Georgia and Warner traded points again 25-25.

The first set went to the Royals, 28-26 when the Mariners gave up an attack error and a block.

Larregui Lopez led the Mariner team with four kills just one behind Alexandra Gonzalez from Warner. Laureano Andujar led defensively for the Mariners with six digs in the first set.

Set two started very similar to set one, with both teams trading points back and forth. Coastal Georgia pulled a two-point lead 7-5. The main difference in the second set was a libero switch for the Mariners. Freshman Lui stepped in the libero position.

On a missed serve from Warner, Coastal Georgia had game point with Lui up to serve. After a back and forth rally, Muldrow laid down the set clinching kill with a tip to the middle of the court. The offense was much more spread out in set two. Larregui Lopez again led with four kills, but Muldrow, Hollenbacher, and White each recorded three kills in set two as opposed to one kill in set one.

Warner started off hot in set three, earning the first four points off of one kill and three errors. Another kill and error extended the Warner lead to 6-1 which caused a Coastal Georgia timeout.

Warner extended their lead to 14-6 because Coastal Georgia’s offense struggled against Warner’s block. Despite both teams playing scrappy defense, Warner dominated the set.

Down two sets to one, the Mariners knew they needed to play this set with more energy and limit their errors. The set started very similarly to the ones that proceeded it. The Mariners took a two-point lead 6-4 off of three attack errors in a row.

Muldrow extended the lead to three, 9-6 with a kill out of the middle. The Royals closed the gap to one with a service error from Coastal Georgia and a kill.

The Mariners scrappy defense kept up in set four as well as White’s rally-ending kills.

The score tied up 13-13 White took the lead back for the Mariners with a cross-court kill, the assist from Laureano-Andujar.

The Mariners continued to tie up the score and Warner would put up another point. The teams traded off points. Coastal Georgia tied the game 20-20 with a block from Larregui Lopez and Jade Goudsblom. The Royals took the lead back with a missed serve.

Goudsblom tied the game up 22-22 with a kill out of the middle. Tension and energy in the gym were climbing. After another Mariner point, White tied it again 23-23. After Warner earned the 24th point with a kill, Coastal Georgia called a timeout.

Out of the timeout, Warner ended the set with a block and took the upset victory.

Giovana Larregui Lopez led the Mariners with 14 kills, one shy of the match-high.

Jillian Lui recorded 22 digs playing libero in three of the four sets. Her 22 digs are 12 more than her former career-high which was set in the first game of this season.